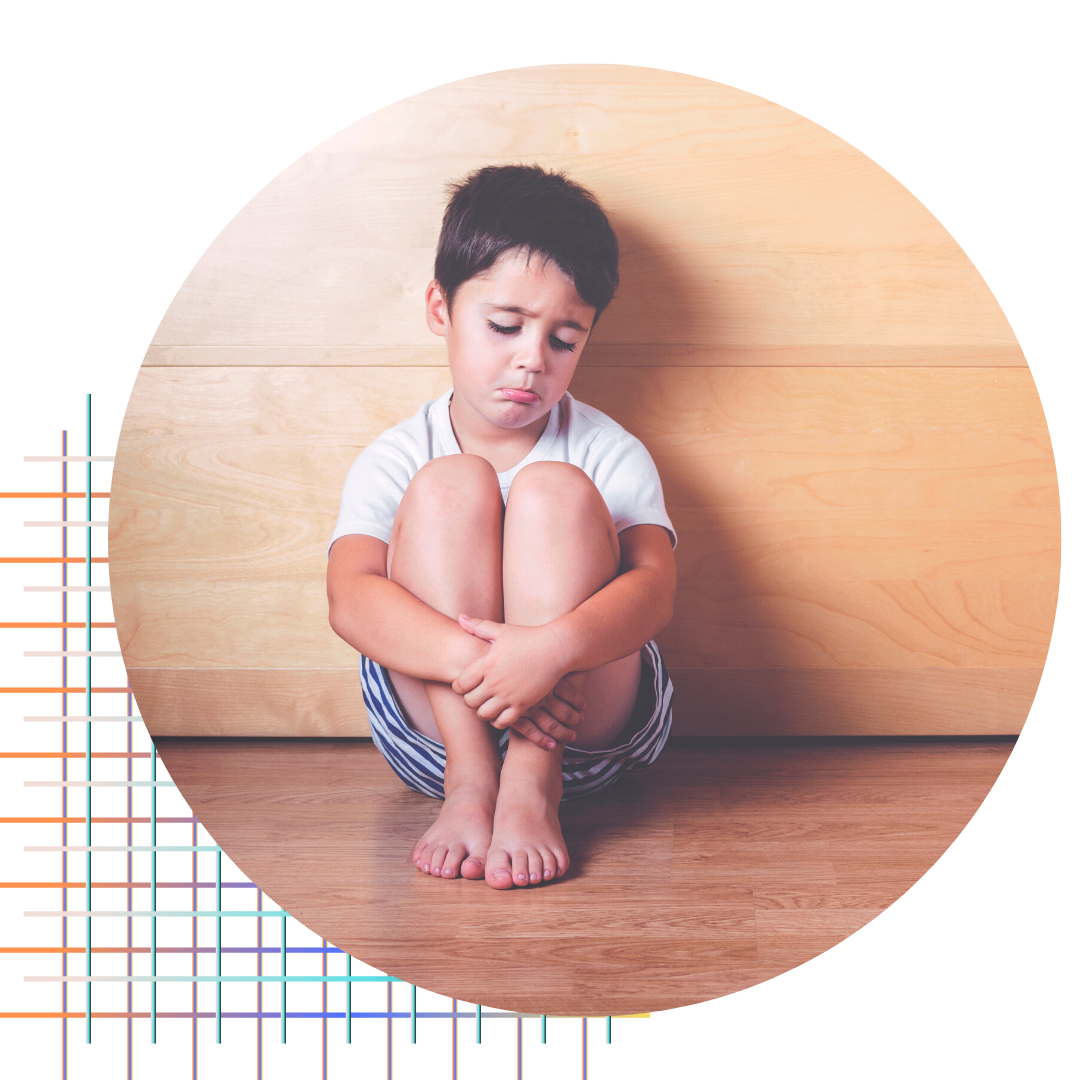 Everyone feels anxious every now and then and it’s a normal emotion, but when the feelings of worry, anxiety or fear become strong they interfere with one’s daily activities and becomes a matter of concern.
Butterflies in your stomach before an important event? Worried about a new project kushcapital.cc? Nervous about a root canal? All these are basic things and feelings that are common and happen to all of us and we all are okay with it. But for example, what if someone doesn’t leave their home for a long period of time because they are afraid of being in the crowd. Is that still a normal thing?
All anxiety-related disorder feature worry, nervousness or fear that is excessive and has negative effects on a person’s ability to function becomes a matter of concern.
A helpful approach to distinguish between normal anxiety and anxiety disorder is to identify the cause of anxiety. Anxiety disorder can affect anyone at any age and there are no exceptions. Another point we need to keep in mind is anxiety runs in families but that’s a learned behaviour and not because of genes.
We understand that anxiety is not age bound but if we ask who suffers from it more? The answer will be females. Women are more likely to have multiple psychiatric disorders in their lifetime than men. The most common to comorbid with anxiety is depression. But what if we ask which generation?
American Psychology Association answer that millennials experience more stress and are unable to manage it than any other generation. The American Psychology Association’s report also notes that 12% of millennials have unofficially been diagnosed with an anxiety disorder that is almost twice the percentage of baby boomers.
Now what do we mean by millennials and what difference does it make?
People born in 1946 to 1964 are called Baby Boomer Generation.
People born in 1965 to 1979 are called Generation X
People born in 1980-1999 are called as Millennial Generation.
People born in from 2000 onwards are called Z Generation.
Every generation tends to believe that their peer group endured the hardest times while of course personal circumstances vary, statistics show that it is often misunderstood, millennials may be the most stressed group in history. Other studies have found that 30% of working millennials are classified with general anxiety and a 2014 American College Health Association Assessment found that 61% of college students experience frequent anxiety issues.

Anxiety can take many forms and have triggers, but it ultimately comes down to feeling worried and nervous about the future. The major contributors to millennials anxiety is a tough job in the market, ambitions, career crisis, society and social norms, relationships and their maintenance, overuse of technology and so on.
Further, millennials are dealing with unprecedented challenges that involve constant changes in the political and economic climate, technology-based lifestyle, reports Vogue.
But what makes millennials different from baby boomers? Is there really any difference between the generation? If Yes, then is it that important and a matter of concern?
A baby boomer is someone who is born post World War II. A period where birth rates raised up after the war ended. Boomers are hard workers and fought for equal rights. Then came the next generation where the generation did not want to be defined. They are born in a time were contraception is readily available and the birth rate can decline.
The major gap between the generation is mindset. The social setup plays a major role too. The time where education was not a matter of concern has now become a matter of concern. Different organisations and laws have come up. A time when people believed that following social norms just to be accepted by society has now changed to people showing and standing for their sexuality. A time when festivals meant so much to people has now changed to people realising about their beliefs in the concept of God.
The differences between the generations is numerous. Just the way our lifestyle, beliefs, thinking, social setup differs from baby boomers the same way millennials anxiety and depression level differ from other generations.
Anxiety disorders are the most common among mental health problems and have been referred to as a ‘silent epidemic’. According to Mental Health Ireland, one in six people will experience a mental health issue that is anxiety every year with that figure steadily rising.
The question is what are these differences and do they really matter so much?
The answer is Yes! They matter! There are several reasons which bring differences between millennials and boomers emotional and mental state.
‘THE MOST ANXIOUS GENERATION’ is the name that can be given to the millennials.

Let’s look at the reasons that contribute to their anxiousness:-
SLEEP AND DOMINATION OF INTERNET:- Study at University Of California at Berkeley found that poor sleep has a direct correlation to increase in anxious feeling and excessive worrying. Older generations who spent time with family understood the concept of family dinner and tried to get quality sleep, is way different than the current millennials who spend hours in front of their tabs and phones screens. Netflix has become a major part of our lives. It is rightly said that everything has a boon and bane. The same way the internet has its pros and cons too. Sacrificing our sleep and not paying attention to ‘human need at least 8 hours of sleep’ concept are what we count as one of the major reasons for anxiety among people. Studies have shown that people with chronic insomnia are at a higher risk of developing an anxiety disorder.
WORK PRESSURE, COMPETITION AND LIFE:- Here the economic status of the country comes into the picture with the development of finance and their policies. With the increased competition to be better than the rest is what leads to daily life pressure. The ‘rat race’ to be the best, to earn more, to learn more, to gain, and to show more is predominant in this generation. World War II affected the economic status of the country. The current generation does not want to be a daily wager but has a creative mind and aspire to start their own business and come up independently. The pressure to be the best, the constant hard work for which we often skip our meals, basic habits, sleep which affects us mentally, emotionally and physically. Money is the most important contributor of anxiety in a person’s life be it any generation.
RELATIONSHIP AND MAINTENANCE:- A time where marriages were fixed by parents or in one meeting is now forgotten. In the era of dating, online dating, meeting up and live-in, relationships have overcome and contributed to the reason for major anxiety. As per research, 42% of suicides are due to relationship issues which is not a small thing. Millennials have their specific mindset, beliefs, different level of understanding and over attachment issues which makes it difficult for them to maintain the relationship and end up making them anxious about the relationship and affecting them more emotionally.
SOCIAL MEDIA AND SHOW OFF:- Unlike previous generations who bounded together in their struggles, millennials can easily be separated or alienated by technology even when they think it is connecting them. So many photos on social media and we don’t realise how inaccurately a picture can be narrated. Likes and comments, is it a big thing for us? We consciously or unconsciously compare ourselves to others and make ourselves inferior to others irrespective of how wonderful our life is. Going through screens and newsfeed and hours of comparing ourselves to others can affect our mental health and our perspective towards life. It can bring ingratitude and anxiety in the observer.
CAREER, UNEMPLOYMENT AND FAMILY PRESSURE:- Since childhood, we have been taught to be the best. We were never taught the difference between doing something and achieving for self and achieving to show off to society. We weren’t taught how to accept failures but were shown how big it is to fail in a simple dictation test. How we were made to forget the difference between getting a degree and acquiring knowledge. We grew up like this and now every person wants to prove themselves and their families and fulfil others expectations. Fear of not getting a decent pay job and finding it difficult to select the best career brings hurricane among any age group. Definitely working, earning is most important and everyone does it at a certain point but when it comes to this becoming a reason of extreme anxiousness then it’s a matter of concern.
RELIGION AND SOCIAL ACCEPTANCE:- We might not really think about this topic but yes…religion!!
Religious matter is a topic that needs attention. We have a lot of division in the entire world due to caste, creed, gender, age, mindset and the most important division is due to beliefs in a different Gods. We are a different generation and with growing philosophical theories we have different interpretations of God and this view might not match the baby boomer generation.
The concern of not behaving in a particular religious manner or not dressing according to the rituals brings worry among people. They want to be accepted for what they are, but won’t get accepted because of the way they are. There are a lot of other reasons that works as a contributor for anxiety and depression like poverty, family issues, political status, long hours of sitting ideal, bad food habits, poor time management, excessive use of caffeine, drug abuse and so on. 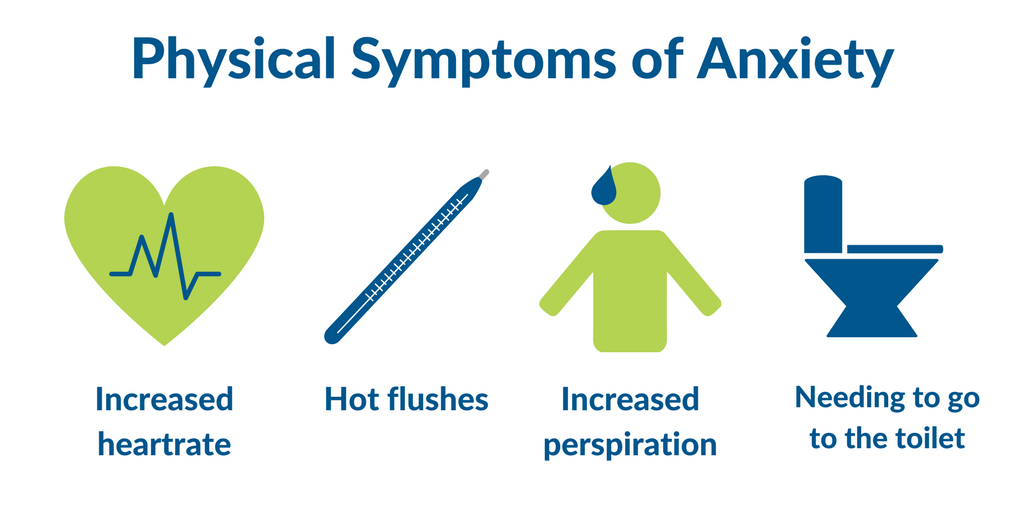 These things are in a way interconnected to each other and affects a person’s emotional, mental, physical, financial, social and spiritual status.
As rightly said that every problem has a solution to this and can be worked upon too.
•By improving sleep pattern and understanding the importance of quality sleep.
•By improving and bringing necessary changes in lifestyle irrespective of one being a student or a professional.
•By understanding and accepting the pros and cons of relationships and how both the partners have to work for it.
•By nailing it into our heads that social media is not the end of the world and people aren’t that awesome as they show on the screen.
•By developing a positive and grateful attitude towards life and accepting the way it is.
•By realising that nobody really fails in life and it’s about not giving up. We can’t really depend for our confidence level on another homo sapien who themselves aren’t perfect.
•By knowing that it’s ok to not follow religion and still do good deeds and spread peace. Make oneself aware that no God wants his creation to be obnoxious due to God himself.
•By introducing soothing music, a long walk, exercise, meeting friends and most important meditation to our daily routine for a better lifestyle.
Who knows what happens after death?? Sparing 15 minutes for ourselves in our daily routine and working on the concept of self-love can help a person to deal with anxiousness in a better way.